My Guide to being a Woman and a Mom.

November 4th 2017 will make four years of me and my significant other being together. It has been a LONG journey, with plenty of ups and downs but we still find a way to push through it all. In honor of our anniversary what better way to celebrate with you guys than a story time about how we met. So sit back, grab your snacks and enjoy my story about how we met.

It’s so funny yet cute how we met. It was the fall 2013 semester of my senior year at Hampton University and homecoming week. We were having a get together on a Friday at my sorority sister house before the step show that was taking place that evening. While a group of us were all hanging out and conversing, I noticed this guy sitting in the corner relaxing. My silly, loud, and crazy self walked over to him asked if he was okay, and did he want any more to drink. He chuckled and declined and insisted he was fine, I then proceeded to ask why was he so quiet and of course his answer was that he was just chilling. After our light conversation I walked away back to the group of people I was around and began checking him from afar. He dressed nicely and his outfit reminded of someone from the Tri-State or Northeast area and did I say he was smelling good too?!
We were getting ready to go to the step show and one of my frat brothers who happened to be friends with him were getting ready to head out and asked if I wanted a ride and of course I said yes. So he goes on ahead and gets his vehicle, and then all of a sudden I hear this loud sound. It was his mustang and at the time I thought it was the hottest thing because it was so loud and then on top of that I found out he was a member of Alpha Phi Alpha Fraternity Inc. You couldn’t tell me nothing I thought I hit the jackpot with him. We get to the event finally and I pull my frat brother to the side expressing interest. I asked how old he was and immediately lost hope because he was 5 years older than me and I just turned 21. I thought to myself what in the hell was he going to do with me?! So I told my frat brother never mind but he went on ahead and spoke to Cecil (that’s his name) that I expressed interest in him and that he should check me out or whatever that convince Cecil to give me the time of day. I learned later on that Cecil was interested in me too and that he wanted to get to know me well. 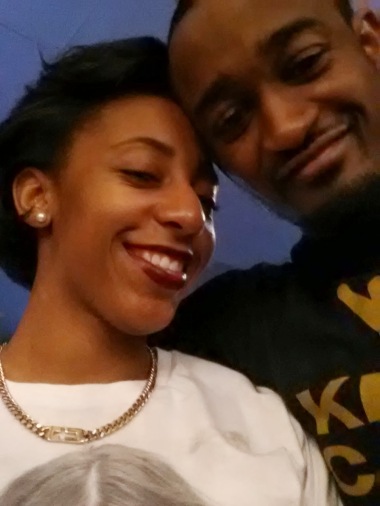 Being a New Yorker it’s rare to come across chivalry, I’m going to let you guys know how this man reminded me that chivalry was not dead. The step show was over and we’re all talking outside in the convocation center and my dorm was on the other side of campus near the main entrance, that was no short walk by the way. I was saying my goodbyes and he asked if he could accompany me as I walked to my dorm and I accepted his offer. He walked me from the center to the front of my dorm and I thought that was the sweetest thing any guy had ever done for me lately.  As we were talking and getting to know each other, we exchanged numbers and began to plan our first date. 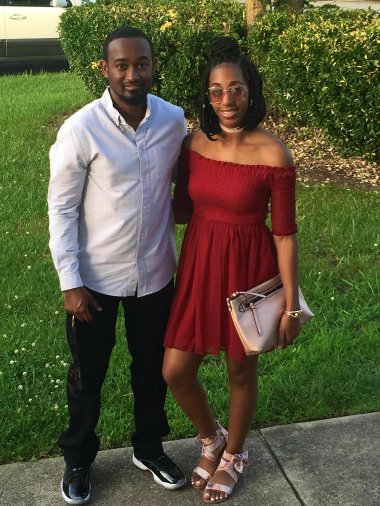 This is how I knew our relationship was meant to be. As he departed I realized I entered the last four digits of his number  wrong and he was too far away for me to correct it that night. I was quite distraught and prayed that I would see him tomorrow at our football game tailgate. The next day rolls around sorority was hosting our section at the tailgate. With everything that was going on I look around and I see him show up. He actually showed up! His frat brother accompanies him and my excitement was through the roof. I did my best to keep my cool but with hope being lost and the tailgate being a pain he was definitely a sight for sore eyes. I greeted him with a hug and told him what I did with his number the night before and how I felt hopeless, he just giggling and called me silly. He hung out with me at the tailgate the majority of the time until it came to an end. We FINALLY was able to set up our first date but it wasn’t until the following week after his homecoming. So in the meantime we were talking almost every day but we were trying to hold out on some of our questions because then we wouldn’t have  anything to talk about during our first date. Ever since that day of our first date we’ve been inseparable ever since. Alright redeemers that raps up how me and my significant other met! Some may be intrigued about our first date but I’ll save that for another story time so you have to stay tuned.